PARADE has their All-America sports program. They cover high school football, basketball, soccer; both women’s and men’s as applicable. All-America surveys athletes throughout the country, selects the best and brightest, and profiles a bunch of them. More than a few Names appreciate their selections as PARADE All-Americans. 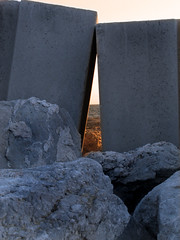 Who better to cover high school sports than the local papers? And the school newspapers where these athletes play? (Parents and spectators could participate, too, but we’re baby-stepping here.)

In 2007, PARADE opened up a Finalist List of high school athletes and asked the community to select their favorites. We had galleries – photos and video – that (could) feature the finalists AND write-ins: “don’t like our finalists? tell us yours.”

We built a set of tools and reached out to newspaper partners in the Finalists’ areas.  “Here. Have this.” If they used nothing else, we had links and profile pages: “Even just send us links to stories YOU’VE ALREADY WRITTEN; we’ll let the community and your peers see, vote and comment on those.”

We worked with Reddit on that last piece They’d already built great tools and made it accessible; we wanted to leverage that. We wanted to make our good ideas and web products available, without strings, to our newspaper partners. We wanted to do what we did best and link to the rest. We wanted them to share so we shared everything with them.

At the same time, an Editorial effort worked to coordinate and curate input from High School journos. For them, too, we contacted the schools who had players in a wide list of “Finalists.” This central editorial role was to help the HS journos keep info on
their players fresh and complete.They could post weekly stats, updates of player photos and footage, and any new writeups they created or found.

After the first week, when there was less-than-overwhelming participation, we began trolling partner paper sites for HS football stories. There were plenty, and plenty of good ones. We built pages of links soley out to the partners. And we asked them again – “if you use none of these other tools, send your storties here. it takes 20 seconds and, at the least, you’ll have parade.com’s exposure in addition to your own traffic.”

There were several active contributors. They loved their Finalists and worked at keeping us aware of all those players’ moves in the game, in school , and outside of those. But we weren’t able to put together a robust and complete site, for a national audience, based on the content recieved. We didn’t provide sufficient incentive for widespread and ongoing participation.

The value proposition for paper partner and HS journo participation fell short: it was difficult to sell the value gained beyond additional exposure, access to gratis tools, and the act of working on wider, more social collaboration. We had no historical numbers to point to, as this was the first time we’d taken this on; I’d presumed massive pariticpation and didn’t get it. There was no additional revenues to speak of to share with participants.

It should have worked. We had to work – all of us – within the confines of expectation. I expected it to succeed from the outset. Contributors – journalists at the partner papers and in HS – wanted to to see better returns on investment of time and effort sooner than we delivered.

With True/Slant, we’re working harder to address those challenges. We’re putting together more measurable incentives for participation. It would be interesting to see what we’ve learned – re coordinating distributed editorial resources and showing the inherent benefits of working with the community (the audience) – applied to working on a project like PARADE All-America.

Blogged with the Flock Browser